Those calves having good genetic characteristics produced at farmers’door step through artificial insemination, with the help of GCMMF, Anand, after registration of such calves the calf rearing kit (milk replacer powder 10kg and calf starter feed 50kg) and Sumul Dan (Elite) 100kg is being given by union to rear the calves.

It is a basic need of our business that our milking animals get balanced cattle feed as per their nutritional need. It has adverse effect on milk production of imbalanced nutritionally and costly many feeds are available in the market giving attractive advertisements which cause financial loss to our milk producer and productivity of animals due to deficiency of required nutrients. Our union has taken it very seriously & established/started 1000 MT capacity modern Sumul Dan Factory at Bajipura & our milk producer get benefited financially by getting well balanced cattle feed. We have produced various types of cattle feed for high yielding animals as per their daily need. Buffalo special Dan is the best example for this. Many dairy farmers from societies got benefits by feeding of Sumul Buffalo Special Feed and Sumul Hypro Feed. We all from our unit will plan that at society level they use confidently, scientifically produced cattle feed. Use of our products like Sumul Buffalo Special, Sumul Hypro, Sumul Gold Plus, Sumul Calf Starter as per the need is the foundation of our business in development. In addition there is an increase in milk production capacity & Number of buffaloes we have produced & sold our high quality cattle feed “Sumul Buffalo Special” and “Sumul Hypro Feed”. 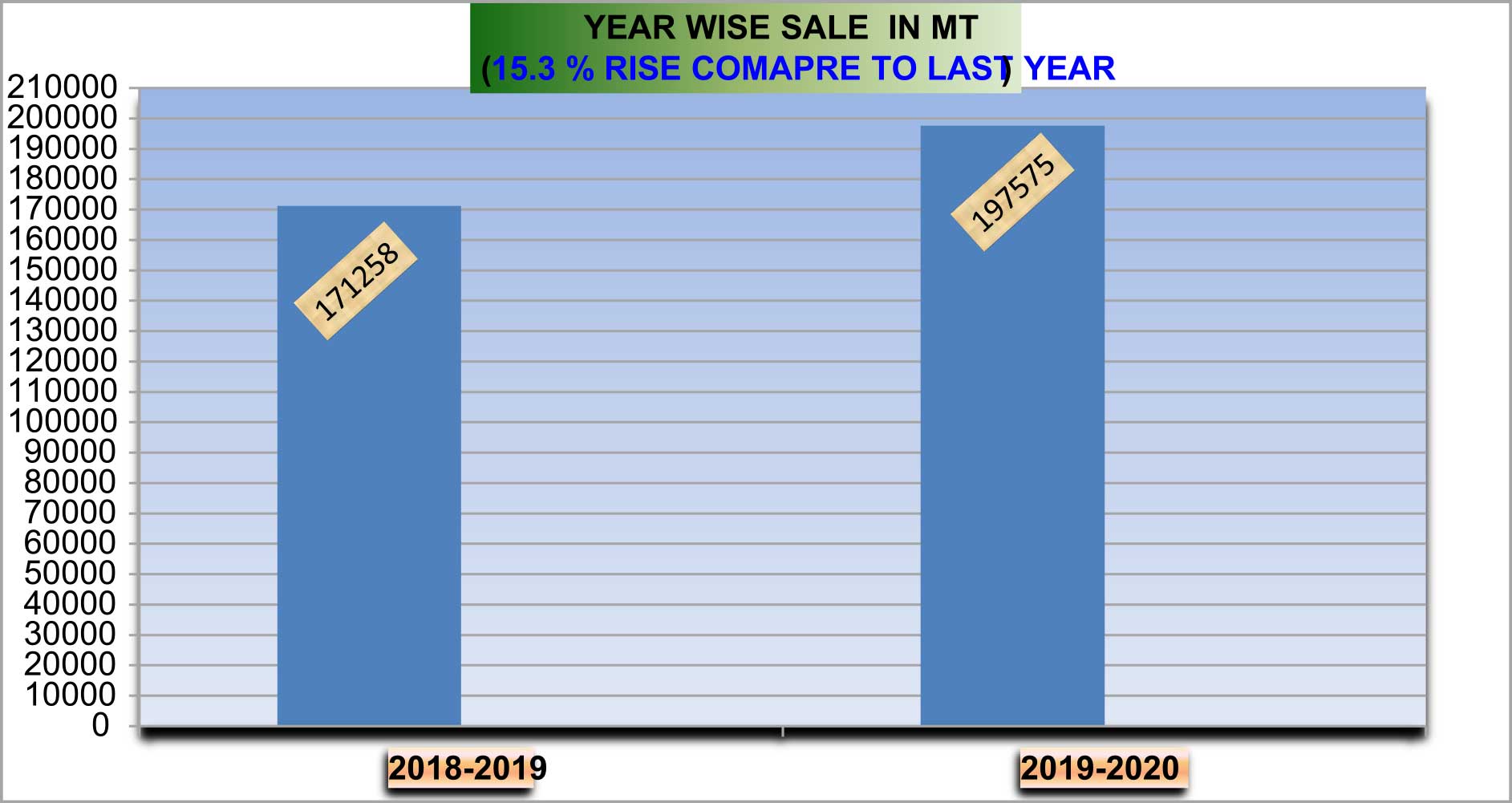 Mineral Mixture is a mixture of various major mineral & trace elements viz. calcium, phosphorous, iron, zinc, magnesium etc. Remarkable difference in mineral contents of soil in hilly terrain, tribal belt and coastal area is noted. Mineral content in soil has its effect on fodder and lastly on health of milch animals and milk production. In order to maintain animal in good health, we have supplemented mineral deficiencies by adding mineral mixture in cattle feed. Keeping mineral deficiency issues in mind, mineral mixture powder plant at Chalthan have been made operational. We have supplied chelated mineral mixture to milk co-operatives.

Generally, during monsoon season, more number of milch animals gets infested with worm infestation. Keeping this issue in mind, we have manufactured balanced cattle feed fortified with adequate dose ofAnathelmetic (De wormer) drugs and packet of 500 GM of the same supplied to the respective societies.

In animal husbandry practice most expenditure does on fodder. It is important that every farmer can cultivate his own of high yielding fodder crop of good quality by doing less investment for that union provided fodder seeds of improved varieties as per societies demand.

Our milk producer get their animals well nourished from the fodders available with them & its measure to feed them & To keep balanced cattle nourishment a Ration balancing programme is being activated.

When milk producer giving more production, quality green fodder be available throughout a year for that a RBP project is running to provide good nutritive fodder during the year, green fodder is preserved in the form of silage.