During the financial year, the animal husbandry business at village level was remain operational continuously during corona infection, resulting in, the priority increased of this type of business at village level and by the union, various direct and indirect programs were conducted towards productivity enhancement of the animals resulting in, the total 62,14,38,613.10 kilo milk was procured during the financial year which is 15.23% more observed, Union was given aid of Rs.154.12 crores to qualified societies under various schemes during financial year (Rs. 66.19 crores more paid to those societies having BCU for BCU fat difference)

The VBPS project governed by NDDB under National Dairy Plan-1, the approval was received on account of village milk societies for the year 2018-19, 2019-20 to install 149 Bulk Milk Coolers (BMCs) so that milk can be cooled at society level, improve milk quality, reduce bacterial load in milk, decrease milk quantity from spoiling and farmers do animal rearing scientifically. Under this project, Sumul Dairy received 50% of investment did in BMCs installation as assistance (subsidy) in terms of total Rs 737.90 lakhs.

In the year 2019-20, under VBMPS-NDP-1 project, the BMCs at societies installed and approval received under NPDD : 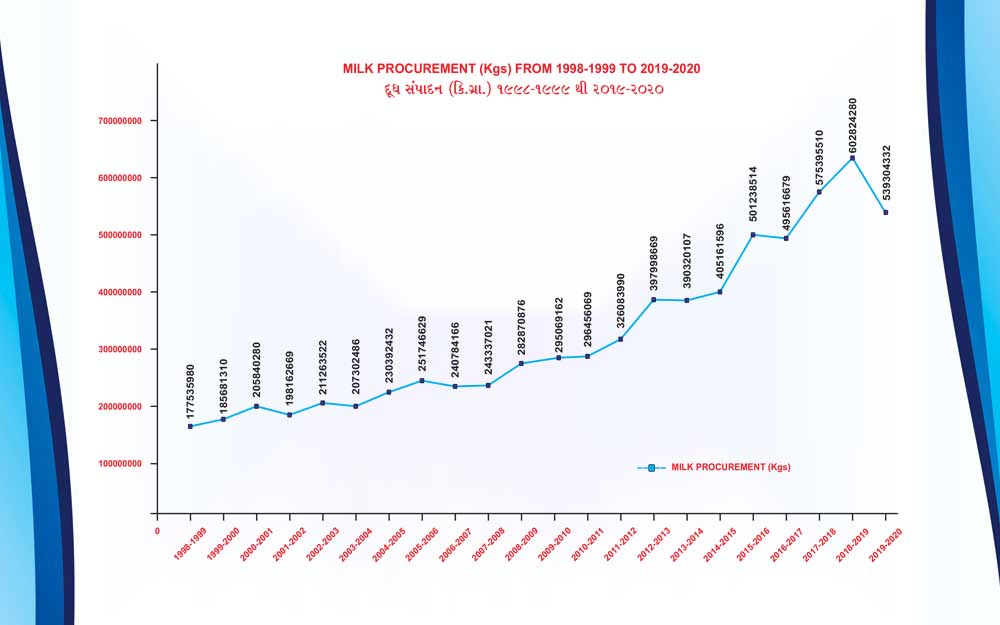 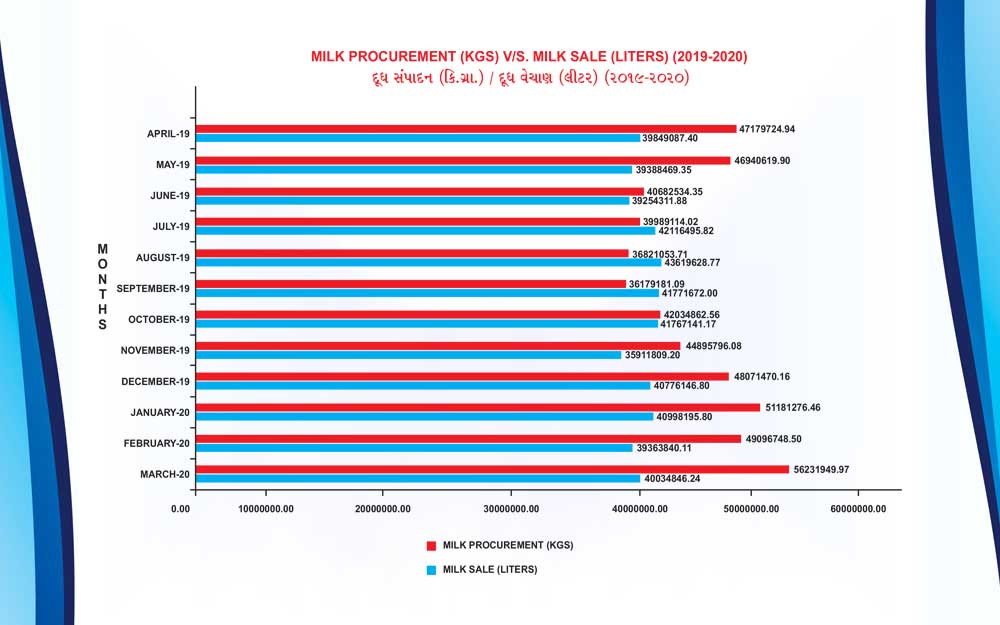